There’s something for everyone to enjoy in the busiest resort on the island. Shops selling leather goods, jewellery and souvenirs are in abundance. There is also plenty of local produce such as sea sponges, wine and spirits to browse through. Bars and restaurants open until the early hours, and in July and August the resort is buzzing.

Its one of the best of all the Zante resorts and its beach stretches for nearly two miles, with non-stop activities for those who like them, and comfy sun beds for those who prefer to be horizontal when it’s hot. Bars get packed at sunset, and clubbing in Laganas starts at midnight and then simply never ends. The three main clubs of Laganas are Black and White, Cherry Bay and Zeros. The water park opened on the island summer 2003. 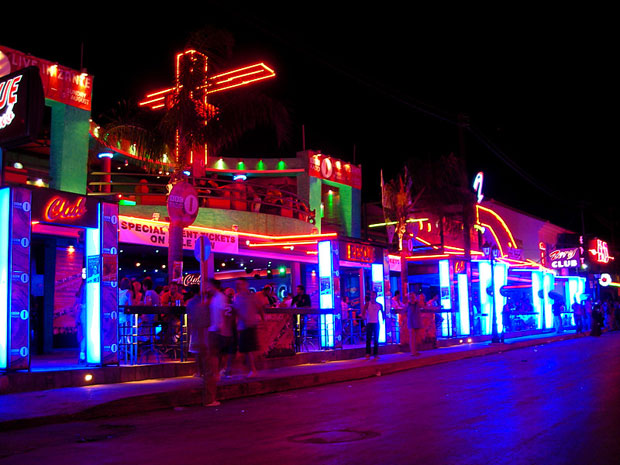 Most clubs on Zante do not charge for entry, meaning on your night out on the town you can wander freely from one rockin’ bar to another without putting a big dent in your money belt. So much do the clubs on Zante love visitors that some bars give away a free shot with every beer. The main streets of Zakynthos are lined solid with bars, restaurants, English-style pubs, clubs and music bars. This is a place for 24-hour crew.

Every imaginable watersport is there to test your bravery and aerodynamics. The natural beauty here is unparalleled its rocky cliffs plunge down to creamy sand beaches, and the deep blue waters of the Aegean lure you to do and see. If Laganas pales for you – is that possible? – head to Zante town just a few miles away, with even more for you to do and see.